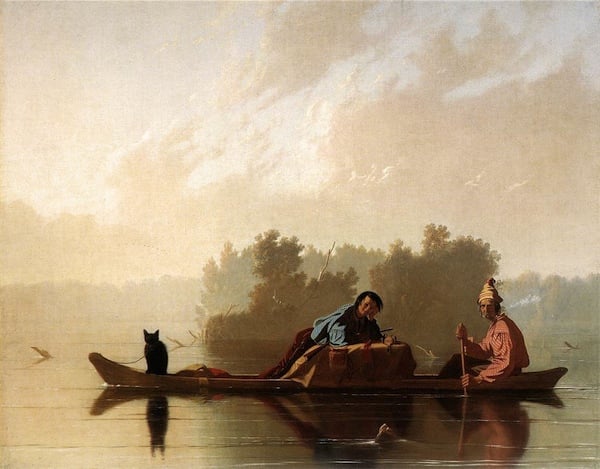 Libera Nos, Domine.—Deliver us, O Lord,
not only from British dependence, but also

From a junto that labour with absolute power,
Whose schemes disappointed have made them look sour,
From the lords of the council, who fight against freedom,
Who still follow on where delusion shall lead them.

From the group at St. James’s, who slight our petitions,
And fools that are waiting for further submissions—
From a nation whose manners are rough and severe,
From scoundrels and rascals,—do keep us all clear.

From pirates sent out by command of the king
To murder and plunder, but never to swing.
From Wallace and Greaves, and Vipers and Roses,
Whom, if heaven pleases, we’ll give bloody noses.

From the valiant Dunmore, with his crew of banditti,
Who plunder Virginians at Williamsburg city,
From hot-headed Montague, mighty to swear,
The little fat man with his pretty white hair.

From bishops in Britain, who butchers are grown,
From slaves that would die for a smile from the throne,
From assemblies that vote against Congress proceedings,
(Who now see the fruit of their stupid misleadings.)

From Tryon the mighty, who flies from our city,
And swelled with importance disdains the committee:
(But since he is pleased to proclaim us his foes,
What the devil care we where the devil he goes.)

From the caitiff, lord North, who would bind us in chains,
From a royal king Log, with his tooth-full of brains,
Who dreams, and is certain (when taking a nap)
He has conquered our lands, as they lay on his map.

From a kingdom that bullies, and hectors, and swears,
We send up to heaven our wishes and prayers
That we, disunited, may freemen be still,
And Britain go on—to be damned if she will.

Philip Freneau, a Huguenot who spent much of his life in Matawan, New Jersey, attended Princeton, where he formed a fast friendship with James Madison. He was captured by the British during the Revolutionary War and interned in a prison hulk—an experience which he narrowly escaped with his life and which he chronicled compellingly. After the revolution, he served with Thomas Jefferson in the State Department and founded The National Gazette, a newspaper closely attached to the Democratic Party (then known as the Republican Party). Because of his sharp criticism of Alexander Hamilton and other Federalist leaders, Freneau was repeatedly threatened with prosecution by the Federalists, who sought to silence him. A Political Litany provides a good example of the sharp tone of his political writings, which advanced the revolutionary cause, and later the views of Jeffersonian democracy.

Listen to Wolfgang Amadeus Mozart’s clarinet trio in E flat major, KV 498 (1786), the “Kegelstatt,” in a performance by Michel Portal