Ezra Pound’s dictum “Make It New” has long been cited as modernism’s driving objective. Yet Pound, in coining the phrase, was actually drawing on his own (rather free) translation of a maxim associated with the ancient Chinese king Cheng Tang, which Pound first encountered via another translation, by the Scottish sinologist James Legge. (The original Chinese has something to do with replenishing or replanting tree shoots.) In 1950, the critic Hugh Kenner, writing in The Hudson Review, attributed the phrase to Pound alone, sweeping aside all surrounding context. So “Make It New” was itself made — but it wasn’t new. As the professor and critic Michael North illustrates in his excellent book Novelty: A History of the New (University of Chicago Press, $26), many of our ideas about newness, whether in the sciences or the arts, are based in misapprehension. Mining the work of classical thinkers (Plato, Empedocles), natural scientists (Charles Darwin, Stephen Jay Gould), and twentieth-century philosophers (Thomas Kuhn, Stanley Cavell), North shows us that novelty has always been nettlesome, “one of the very first ideas to trouble the consciousness of humankind.” The author of Ecclesiastes, exhausted by his own skepticism, asks, “Is there a thing of which it is said, ‘See, this is new’? It has been already, in the ages before us.”

Part of the human mind’s resistance to novelty is embodied in the philosophical conundrum Ex nihilo nihil fit: “Nothing comes from nothing.” Aristotle took a mild run at disproving that notion, but most classical thinkers, from Parmenides to Lucretius, cherished what North calls “temporal stasis”; “newness” was evidence only of deep cyclical changes embedded in natural processes. That which came was always part of something.

Even the Renaissance, the most concentrated explosion of novelty ever to clobber the human experience, was an attempt to mimic the stature of the classical age. Renasci, the word used by those who actually lived through the Renaissance, was taken from farming, and related to what North describes as “organic patterns of growth.” (Semantic misunderstandings within this topic are, it seems, frequently horticultural.)

In the sciences, no idea has altered humanity’s understanding of itself more profoundly than Darwin’s formulation of natural selection, “the basis for a model of novelty,” North writes, “with more influence, right now, than any other.” Stasis could no longer be imagined to sit, like a bored king, at the heart of all life. It cannot be a coincidence that human politics shifted with the recognition of the natural world as an engine of violent change: the understanding of revolution within nature begot revolutions within nations. One aspect of modern life North regards as genuinely new is the tendency to convert everything into information, whether literally, as gigabits darting along strands of optical fiber, or more figuratively, as when information itself “comes to seem the basic stuff of the universe.” After Watson and Crick, most of us accept that all life depends on how “the four nucleotides of the DNA strand could be matched to the twenty amino acids that make up all proteins.” North makes the dazzling case that viewing life as made up of discrete packages of rearranged, recombined information helped lead to, among other things, Andy Warhol’s silk-screen Mao portraits and replicated Campbell’s soup cans. Warhol, the high priest of what the critic Clement Greenberg dismissed as “Novelty Art,” had something typically eloquent to say about the quality of creative newness: “[I]t’s just amazing that it keeps, you know, going on. And the way new things happen and stuff.”

Perhaps no popular art form has been so afflicted by the curse of Pound as rock music, fans of which regard “newness” as synonymous with creative vitality. The Beatles underline the point. No one did what they did before them, and arguably no one has done it better since. The Rolling Stones, a group with whom the Beatles had a (mostly) friendly rivalry, took careful note of the Beatles’ earliest and most interesting shifts, which can be seen by how frequently they imitated them. The Beatles entering the Suffolk Downs racetrack, in Boston, 1966 © Harry Benson, from his book The Beatles: On the Road 1964–1966, published in May by TASCHEN

The cover of the Beatles’ second album, With the Beatles, featured photos of the lads staring unsmilingly out from a stark realm of black and white. The Stones’ first album, The Rolling Stones, was compositionally similar. A few months after the Beatles released “Yesterday,” a spare ballad backed by a string section, the Stones released “As Tears Go By,” a spare ballad backed by a string section. (The song had been written earlier by Mick Jagger and Keith Richards — and recorded by Marianne Faithfull — but was initially rejected as not being Stonesish enough.) When the Beatles became the first Western pop group to use a sitar, in “Norwegian Wood (This Bird Has Flown),” the Stones followed them by using a sitar (nontraditionally) in “Paint It Black.” In 1965, the Beatles released Rubber Soul, their first great album, which Paul McCartney described at the time as “the beginning of my adult life.” A few months later, the Stones came out with Aftermath, a similarly pathfinding work. In 1967, the Beatles’ stunning album cover for Sgt. Pepper’s Lonely Hearts Club Band was boldly imitated on the Stones’ Their Satanic Majesties Request. John Lennon eventually complained, “Everything we do, the Stones do four months later.”

Beatles vs. Stones (Simon & Schuster, $25) is the historian John McMillian’s smart, fantastically gossipy, and utterly compelling summary of what early rock ’n’ roll’s two most remarkable groups had to say to and about each other.

McMillian gets the boring part out of the way early.

The best parts of McMillian’s story are his careful re-creations of various Beatles-Stones intersections. The night at an early Stones gig when Mick Jagger looked into the crowd and saw what he later described as a “four-headed monster”: the Beatles, whom he’d never met. “I didn’t want to look at them,” he said later. “I was too embarrassed.” The evening a tipsy Lennon and McCartney dropped in on the Stones during a creative low point and basically inspired them to begin writing their own songs. (Both groups, it should be remembered, started as cover bands, and for the Stones the jump to songwriting band was incredibly painful.) When the Beatles played Shea Stadium in 1965, Mick Jagger and Keith Richards were in the opposing team’s dugout, holding their ears as all 55,600 fans screamed without rest, terrifying Jagger. McMillian relates the more ignoble story of how Jagger may or may not have purposefully fobbed the Stones’ catastrophic business manager, Allen Klein, onto the Beatles, perhaps in hopes that with Klein distracted by the biggest band in the world the Stones would have an easier time escaping his raptor clutches.

McMillian also reminds us what narcissistic monsters the groups’ founders, John Lennon and Brian Jones, could be at their worst. The latter was often loathed and picked on by his bandmates, and this set the generally unhappy group dynamic of the Stones early. (Jones, a blues purist who couldn’t write a successful rock song, wound up dead in his swimming pool at twenty-seven.) There was only one real Beatles power struggle, and it ended the band. So while the Beatles broke up and secured their everlasting greatness, the Stones went on to become the Methuselah Quartet, largely neglecting on a recent tour to play songs written after 1981.

The Stones never became friends with one another the way the Beatles did, and Lennon himself once admitted that after he met Paul, “I had to make a decision. . . . To let the group be stronger [with Paul], or to let me be stronger [without him].” In his recent memoir, Life, Keith Richards mysteriously claims to miss Mick Jagger, despite having been in a band with him for half a century. But here is Ringo Starr talking about being a Beatle: “In the old days we’d have the hugest hotel suites, the whole floor of a hotel, and the four of us would end up in the bathroom, just to be with each other.”

The Stones, in their heyday, were generally regarded as cooler than the Beatles, which greatly bothered John Lennon. The Rolling Stones were undoubtedly cooler than the Beatles, but who would argue that this signifies the greater band? I suspect Glenn O’Brien might. In his introduction to The Cool School: Writing from America’s Hip Underground (Library of America, $27.95), which he also edited, O’Brien writes, “Cool isn’t something invented recently. . . . When the tribe was having a war dance, the cool one wasn’t dancing, but he might have been playing a drum in the corner. Syncopated.” As Jesus said, the hipster we will always have with us. 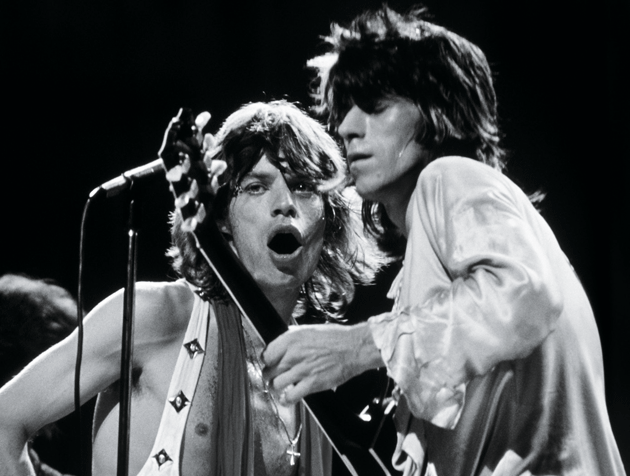 With The Cool School, O’Brien has assembled what he describes as “a louche amuse bouche . . . a primer and inspiration for future thought crime,” with work by writers as diverse as Henry Miller, Delmore Schwartz, LeRoi Jones, Emily XYZ, and Eric Bogosian. While there are terrific pieces of writing here (Miles Davis’s account of looking for Charlie Parker; an excerpt from Nick Tosches’s wonderfully bizarre biography of Dean Martin; Lynne Tillman’s “Madame Realism Asks: What’s Natural About Painting?”), the “cool” has mostly evaporated. Norman Mailer’s charmlessly dated “The White Negro” reads like what it was — the work of a Dexedrine-powered mind wandering a cannabis-lined hedge maze: “By this premise the hipster is a psychopath, and yet not a psychopath but the negation of the psychopath for he possesses the narcissistic detachment of the philosopher.” It is among the least cool things Mailer ever wrote. (Far better would have been just about anything from Of a Fire on the Moon, one of the coolest books ever written.) Like much of what O’Brien has assembled — the comedian George Carlin’s poetry, for instance — “The White Negro” seems to regard actual literary or expressive content as a secondary (or even tertiary) concern. The Cool School does nothing to overrule one’s suspicion that to be cool, to be a hipster of any generation, is to make the conscious choice, every step of the way through life, to care about the wrong damn thing.

The tragicomedy of Donald Trump on Saturday Night Live

Between 1985 and 1993, Bob Shacochis published two story collections and a novel, two of which were finalists for, and one of which won, the National Book Award. As literary…