Soon after my book Bringing Up Bébé appeared, in 2012, I discovered an animated video made by a company in Taiwan. In it, a woman who’s supposed to be me drinks red wine and teaches her child to paint the Mona Lisa. Then she has a street fight with a “tiger mom” (presumably Amy Chua) who turns into an actual tiger just before “I” stab her with a French flag. “Baby Toss,” by Julie Blackmon, whose monograph Homegrown was published
last year by Radius Books © The artist. Courtesy the artist and Radius Books

This video was the first hint that my book would find readers beyond the American and British audiences I’d expected. Bringing Up Bébé has since been translated into twenty-three languages; Estonian is next. (Editors of the Slovak translation changed my last name to Druckermanová.) The book compares the child-rearing practices of middle-class parents in France and the United States. The latter is an anxious, labor-intensive, child-centric style of parenting — sometimes called hyperparenting or the kindergarchy — that has taken hold in the past twenty years. Today, college-educated American mothers spend nine more hours per week on child care than they did in the mid-1990s. They spend much of this additional time chauffeuring kids to and from activities.

As messages arrived from readers around the world, I realized that we Anglophones aren’t the only ones hyperparenting. Middle-class Brazilians, Russians, Germans, Czechs, and Poles are doing it, too. Scandinavians told me about “curling parents”: in the sport of curling, athletes continuously scrub a sheet of ice so that a stone can glide smoothly across it. Chinese readers described their “little emperors.” France, where I’d landed almost by accident, turned out to be an exception. (The economists Matthias Doepke and Fabrizio Zilibotti have argued that rising inequality has led to intensive parenting around the world, because parents believe their kids need more skills than ever to succeed. France, they write, is the “main outlier” from this pattern.)

Some American reactions to my book reflected our unique relationship with the French. “What is your response to those who may say that your book pushes a socialist agenda, encourages parents to stifle creativity, and that the French parenting style results in alienation of affection for children?” a journalist from a regional parenting magazine asked me. (She was referring to a Forbes article about my book headlined bringing up bébé? no thanks. i’d rather raise a billionaire.) Americans were among the most reluctant to admit that they were hyperparenting, or that they could be classified at all. One journalist insisted that every family in her neighborhood followed a different parenting philosophy. (The impulse to handcraft your child-rearing methods is a hallmark of America’s upper-middle classes.) At the same time, some readers tried to turn me into a parenting guru. A TV station in Portland, Oregon, ran a story about a mother who’d imposed French practices on her children, complete with forbiddingly gourmet meals. A woman from Chicago asked, “If we follow your parenting philosophy, do we have to do everything, or can we pick and choose?”

Russian readers also thought I was trying to launch a movement. “You are an active adherent of French parenting system and you promote it all over the world,” one journalist wrote. “Was your activity somehow noticed by the French government? Maybe you are already honored with some French reward?”

When I visited Moscow to promote the book, Russian mothers told me that they felt overly invested in their kids. But they worried that, if they weren’t sufficiently doting, their children wouldn’t take care of them when they got old. (Russians apparently think it’s cruel to put relatives in retirement homes.)

Swedish readers seemed to view French parenting entirely through the lens of spanking. Sweden was the first country to ban corporal punishment of children, in 1979, which is a matter of national pride. How could I admire the parenting in a country in which the practice continued?

Spanking is legal in France, as it is in the United States. But practically all French parenting experts now oppose it, arguing that it’s degrading and pointless, and gives parents the wrong kind of authority. I tried to assure apoplectic Swedes that I personally oppose spanking and that I wouldn’t have written about French parenting if I thought French kids were being beaten into submission. I doubt that I convinced a single one of them. 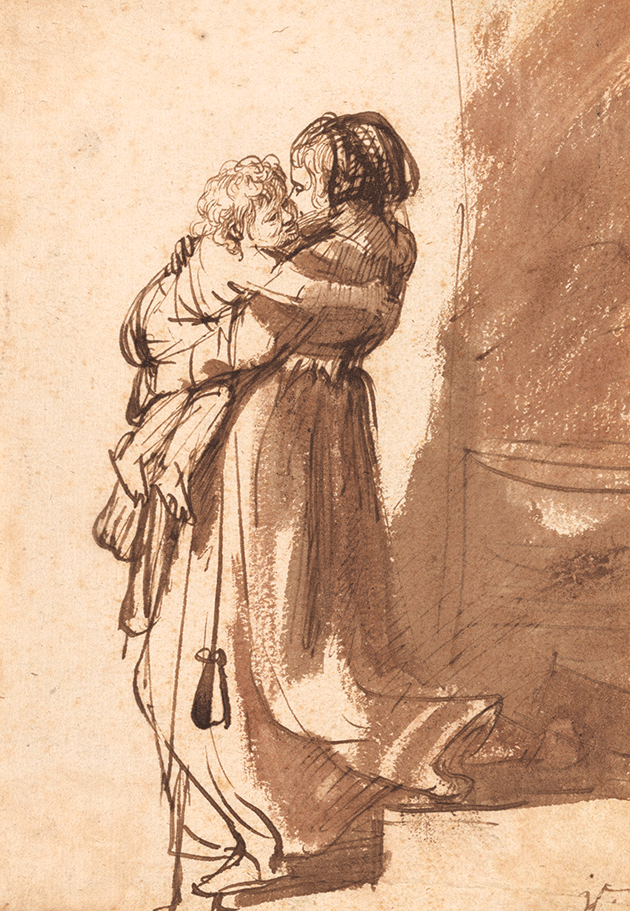 Readers of the book’s Brazilian edition, Crianças francesas não fazem manha (roughly: “French Children Don’t Make a Fuss”), were especially taken by the way that French mothers feel entitled to get their lives and figures back, and to take time for themselves. More than readers anywhere else, Brazilians urgently wanted to know what I thought of them. Did I know any Brazilian children? How were they different? Did Brazilian parents encourage obesity by being too indulgent? Were they too affectionate? “It is said that our children throw more tantrums than the British children,” one journalist asked. “Is that actually true?”

Foreign publishers sometimes wanted to make small changes to the book. But my Japanese publisher was the only one who asked to cut an entire chapter: the one on having infant twins. “The twins section was regarded by everyone as being particular to people with or interested in twins,” was how a local literary agent explained it.

Japanese journalists were fascinated by the French child-care system. In Japan, “many mothers end up giving up continuing to work because day-care centers in their area are completely full,” one wrote to me. Partly because of this, Japan has one of the world’s lowest birthrates. France, where many mothers work, has one of the highest in Europe.

“In Japan there is a ‘Mom caste,’ or a hierarchy among mothers whose children go to the same kindergarten,” the same journalist added. “There is a boss in a mom’s group and bossism exists. Pressure for conformity, insidious bullying, and competition are headaches for the mothers.”

After the French translation of Bringing Up Bébé came out (they called it Bébé Made in France), I spent a month appearing on French TV and radio shows, and sitting for print interviews. After a decade of living anonymously in Paris, I was briefly ubiquitous.

The French were tempted not to take me seriously. They’re suspicious of praise, and reasoned that there must be something wrong with anyone who admired French parenting. This is a country, after all, where scoring fourteen out of twenty on a school test is usually considered excellent. When kids do too well, their parents complain that the class was too easy.

Elisabeth Badinter, who has written extensively on feminism and motherhood, wrote in a preface to the French edition that I’d observed Parisians “with all the distance of Lévi-Strauss studying the Bororo of Brazil.” The French weren’t always thrilled to be summed up by an American. Some interviewers insisted that parenting habits — like practically everything else in France — were in decline. A well-heeled columnist said that, while my description was true of her, it might not extend to less elite French mothers.

I was surprised by how few French commentators had actually read the book. Some ridiculed my supposed belief that French mothers (or children) are perfect and that the French are the world’s best parents. Eventually, I began every interview by explaining that I’d made no such claims, and that my assessment of French parenting was fairly modest.

Ordinary French readers were more generous. Many said they’d recognized themselves — or at least their aspirational selves — in my descriptions. One woman told me that she’d bought the book for her brother, so that he could become “more French.”

Indeed, for the most part the book merely relays the conventional wisdom of the French middle class: not what everyone always does but what they often do. A glossy women’s magazine decided to do a “Oui-Non” article, with my perspective countered by a French expert. An editor at the magazine called me in a panic when she couldn’t find anyone to defend the “Non” side. She finally settled for a psychologist whom I’d quoted extensively in the book. For the photo, they posed us back-to-back on a child’s bed. The headline asked, are french kids perfect?

No one’s aiming for perfection, of course. My kids can’t paint their own toenails, let alone the Mona Lisa. But I think hyperparents everywhere would be glad to recover their nine lost hours per week. For now, at least, France seems to be where they’re most likely to find them.

Pamela Druckermanis the author of Bringing Up Bébé, Bébé Day by Day, and Lust in Translation (all Penguin Press).