by Michel Houellebecq, Translated by Robyn Creswell,
On euthanasia and assisted suicide
[Revision]

Let’s start with a wicked little paragraph. Guy Debord chose to kill himself the old-fashioned way; Jean-Luc Godard—“the dumbest Swiss Maoist of them all,” in the words of the amusing situationist-inspired slogan—turned to assisted suicide; the next provocateur of genius will no doubt opt for medicalized euthanasia. The bar, as they say, keeps dropping.

On the other hand, Mark Zuckerberg rose in my esteem (not hard to do) when I learned that he had decided to eat no animals except those he killed himself. It’s a commitment we might suggest (or require?) for everyone who mocks vegetarianism. The same goes for proponents of the death penalty. Wouldn’t it be interesting to enlist a firing squad composed of the jury who voted for capital punishment? (I’m sorry to leap from animals to people, but it’s basically the same question.) I’m not a convinced vegetarian, nor am I resolutely against the death penalty, but I do believe we should accept the consequences of our choices.

Most people eat every day (Zuckerberg certainly does), but there’s a good chance you’ll never cross paths with a murderer or serve on a jury in a criminal trial. There are circumstances, however—rare but hardly exceptional—in which one might find oneself, during the course of a longish life, confronted by a decision of this weight. To prepare for that eventuality, let’s try a thought experiment (Gedankenexperiment).

Let’s suppose—the idea isn’t so absurd—that I’m able, by way of connections or skill at navigating the dark web, to get my hands on some pentobarbital, an apparently painless, lethal poison. Then suppose that a friend for whom life has become unbearable asks me to give him some. How should I react? There’s no question that doing as he asks would enhance his individual liberty. Is that justification enough? In the ten American states (plus the District of Columbia) where assisted suicide is legal, the portion of sick people who wind up not taking the cocktail they have been given is far from negligible: it potentially approaches half in some jurisdictions. As Nietzsche writes in Beyond Good and Evil, “The thought of suicide is a great consolation: by means of it one gets successfully through many a bad night.” Indeed, it’s often the only consolation. And yet I believe that the purchase of poison for people with a history of mood swings, like me, should be discouraged. The majority of people who acquire it do end up killing themselves. How would I feel if my friend decided, a few months later, to take the dose I had given him? How would you feel?

And how would you react if a stranger asked for the same thing in exchange for money? What about a lot of money? If, leaping gracefully over this ethical hurdle, you plan on going into the assisted-suicide business, I wouldn’t recommend Switzerland. In addition to the non-profit Dignitas, which I crudely insulted in one of my novels—the resulting court case got less attention than the one about Islam, but I’m still rather proud of it, since they lost (they demanded that their name be removed from the German and Swiss editions)—there’s also the membership-based lifecircle and the industry leader EXIT, chosen by Godard. In other words, it’s a fairly crowded market.

Or let’s suppose, just to continue the thought experiment, that you live in a democracy and the matter has been put to a referendum. How would you vote?

“Neither will I administer a poison to anybody when asked to do so, nor will I suggest such a course. Similarly I will not give to a woman a pessary to cause abortion. But I will keep pure and holy both my life and my art.” One feels a certain nostalgia when met with the noble serenity of the Hippocratic Oath—or, to use a current term, its fundamental decency—which lasts right through its final phrase. “Now if I carry out this oath, and break it not, may I gain for ever reputation among all men for my life and for my art; but if I transgress it and forswear myself, may the opposite befall me.”

Hippocrates lived well before the advent of Christianity—a significant fact. All the opponents of euthanasia I know are fervent Christians; as the sole agnostic among them, I sometimes feel misunderstood. Not because they doubt my convictions, which I’ve expressed all too consistently, but because my motives escape them, or so I feel. (To complicate matters, I support the right to an abortion, at least under certain conditions, but that’s another subject.)

For Immanuel Kant, human dignity clearly prohibited suicide. But it took an enormous intellectual effort for Kant to disentangle human dignity and the moral law from metaphysics (in other words, from Christianity). Who can take the measure of that effort today? Dignity has become a meaningless word, a joke in poor taste. I even have the impression that for my contemporaries the idea of a moral law has become rather obscure.

Little by little, and without anyone’s objecting—or even seeming to notice—our civil law has moved away from the moral law whose fulfillment should be its sole purpose. It is difficult and exhausting to live in a country where the laws are held in contempt, whether they sanction acts that have nothing to do with morality or condone acts that are morally abject. But it’s even worse to live among people whom one begins to disdain for their submission to these laws they hold in contempt as well as for their greediness in demanding new ones. An assisted suicide—in which a doctor prescribes a lethal cocktail that the patient self-administers under circumstances of his own choosing—is still a suicide. In the unlikely scenario that someone might be able to provide me with a bottle of pentobarbital and a glass to go with it, the first thing I would ask is that he leave the room. When I hear that someone I know has committed suicide, what I feel isn’t respect—I don’t want to exaggerate—but neither is it disapproval, nor derision.

Assisted suicide by one method or another has been legalized in much of the United States and in Switzerland. In France, we are close to approving doctor-administered euthanasia, following Belgium, Luxembourg, the Netherlands, and Spain. Which is to say, it is becoming the European way to die. We are demonstrating once again our feeble respect for individual liberty and an unhealthy appetite for micromanagement—a state of affairs we deceptively call welfare but is more accurately described as servitude. This mixture of extreme infantilization, whereby one grants a physician the right to end one’s life, and a petulant desire for “ultimate liberty” is a combination that, quite frankly, disgusts me.

Groups that advocate for the legalization of voluntary euthanasia argue that the procedure is the only humane alternative when the final days or weeks or months of a person’s life will otherwise be filled with unbearable pain. This argument is predicated on two lies, all the more effective for being at once terrifying and rarely articulated. The first has to do with suffering—physical suffering. I may be fortunate, but in all the cases of physical agony I’ve experienced, morphine has been enough to relieve my pain. This wonder drug was discovered at the outset of the nineteenth century and since then much progress has been made; opioid derivatives far more powerful than the original morphine molecule have been synthesized. In our own day—this needs to be said clearly and constantly repeated—physical pain can be vanquished.

The second lie is more insidious. It’s only on television (American television in particular) that a doctor is asked, “How much time do I have left, doc?” and will respond with appropriate gravity, “Three weeks at most.” In real life, doctors are more circumspect. They know, because their basic training is scientific, that the time we have left conforms, like so many things in this world, to a bell curve.

In nearly every country, historical era, religion, civilization, and culture, agony has been deemed a crucial aspect of our existence. We don’t lack for studies of death: for the Christian West, I recommend the work of Philippe Ariès. Whether you believe in the existence of a creator who will call you to account or not, this is the moment of farewell—a last chance to see certain people, to tell them what you may never have said before, and to hear what they may have to say to you. To cut short these death throes is both impious (for those who believe) and immoral (for anyone). This is the consensus of the civilizations, religions, and cultures that have gone before us, and this is what so-called progressivism is preparing to destroy.

This moment of farewell can happen during an assisted suicide—in which case we would have something like the scene of Socrates and the hemlock. But it cannot occur if the moment arrives in accordance with advance directives. It isn’t the job of doctors to end lives. In fact, this is the precise opposite of their job. And in France, many doctors are strongly opposed to legalizing euthanasia. It is not a responsibility they’re eager to take on.

American science fiction written during the Fifties and Sixties explored with an impressive, visionary power an array of issues that now feature, or have begun to feature, in our daily lives: the internet, transhumanism, the quest for immortality, and the creation of intelligent robots. For such writers, the idea of euthanasia, conceived as a solution to the economic problems posed by an aging population, was an obvious subject—almost too obvious. The best-known work of the sort is undoubtedly Make Room! Make Room!, largely because of the film version Soylent Green, with an extraordinary performance by Edward G. Robinson. Yet my own favorite is “The Test,” a moving short story by Richard Matheson, curiously never adapted into film, as far as I know, though the cinema has been friendly to Matheson and the story would be easy to adapt. In the world of the story, old people are given regular competency tests that they must pass in order to avoid being put out of their misery. Meanwhile, their descendants sit at home, quietly hoping for the result that will free them from the burden of the aging. Once you have read “The Test,” it seems to me, there is nothing more to say against euthanasia; the story says it all. 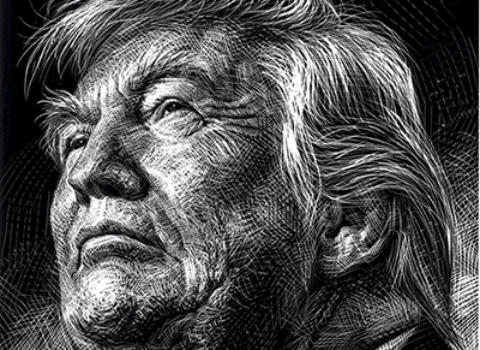 Donald Trump Is a Good President