Jungleland: A Mysterious Lost City, a WWII Spy, and a True Story of Deadly Adventure There’s a lot of sweating in Christopher S. Stewart’s new book, Jungleland. There’s the ordinary amount that you might expect from hiking thirty-mile days in the forest near Honduras’s Mosquito Coast — “the shittiest, buggiest shithole jungle in the world,” as one person in the book calls it — and then there’s the added panic brought on by attempting to navigate stretches of road with names like “bandit alley.” Stewart, who in 2006 interviewed a Serbian assassin in Harper’s Magazine, suffered through it all searching for a legendary lost city called Ciudad Blanca. The stories of a White City deep in the Honduran jungle have been around for centuries (Charles Lindbergh once reported flying over the white ruins of “an amazing ancient metropolis”), but no one could place it on a map. Then, in 1940, an explorer named Theodore Morde claimed to have found it. He was planning a second expedition to excavate the ruins, but he died before he could return — or tell anyone else the location of the city. In the book, Stewart tells both his own story and Morde’s (reconstructed from his notebooks) as they get closer and closer to their well-hidden quarry. We caught up with Stewart in cold Brooklyn to ask him six questions about Jungleland:

1. Have you always been interested in tales of lost civilizations?

Yes. The notion of a lost place somewhere out there, whether it’s an El Dorado or an Atlantis, is thrilling, particularly at a time when the world seems so thoroughly explored and mapped. We’ve gone to both poles. We’ve crossed the oceans. We’ve climbed the highest mountains. What else is there? There’s outer space, of course. But for the ordinary explorer wannabe that’s out of the question. The White City had been rumored to exist for centuries, going back to the Spanish conquistador Hernán Cortés. And many have gone searching for it — without a lot of luck. Some died and more got lost. In many ways, a lost city refuses to be discovered. Which is half of the fun. As I trekked through the jungle and talked to people, the city was always around the next bend, up the next river, over the next mountain. Some of the indigenous people I met believed that it was never meant to be found. I liked that too. The idea that it would continue to elude us all, like a specter, moving from one unreachable place in the jungle to another. It’s always out there, keeping the romance of it alive.

2. What attracted you about Theodore Morde’s story, specifically?

It wasn’t just one thing. When I started researching Morde’s life, every story I dug up seemed to outdo the last.  As a teenager, he stowed away on different oceangoing ships. During the Spanish Civil War, he was a correspondent, along with Hemingway and Orwell. And then there was his plot to assassinate Hitler, which happened when he was in the OSS, the agency that predated the CIA.

I liked this about him: he was outsized and had a real thirst, a man who clearly understood the power of a great story. That he was constantly on the move in the world made him interesting for sure, but also unpredictable and more than a little mysterious. That mystery is at the center of the book. Specifically: Did Morde really find this great lost city, which would have been one of the most important discoveries of his time? And if he found it, why didn’t he tell anyone where it was located? Why all the secrets?

3. Who were some of the literary forebears you looked at when writing this story?

One of the first books I read for this was Peter Fleming’s Brazilian Adventure, which tells the story of the author’s trek into the Amazon in the 1930s in search of the lost British explorer Percy Fawcett. It manages to be both hilarious and serious, as almost everything about Fleming’s adventure goes terribly wrong. Fleming, by the way, is the brother of Ian Fleming, who wrote the James Bond books. There was also a lot of Mark Twain and of course Conrad’s Heart of Darkness — Marlow’s “peculiar darkness.” I also spent a lot of time with Paul Theroux, especially Mosquito Coast, about the same region I was planning to visit. In the novel, Theroux writes of a remote jungle city and an enigmatic people he calls the Munchies. His nonfiction was just as important to me, especially The Old Patagonia Express. I’d say that one is pretty much the ideal of travel literature, driven by the essential question, as he put it, “How did you get there?”

4. When things start to go wrong on a trip like this, is there a small part of you — the part that remembers you have to write a book about it, perhaps — that cheers on the adversity?

Oh yeah. And everything started going sideways right away. Weeks before I left on the trip, there was a military coup in Honduras. The streets swarmed with armed men, and people were getting killed. The U.S. State Department warned travelers to stay away from the country, which was already ranked as one the most murderous in the world. Part of me thought maybe I should wait and see how the coup played out. A slightly crazy voice in me, though, kept saying, “This is great, what luck to have a coup for the backdrop of my story!” I felt that slightly crazed voice a lot when I was in danger, and a couple of times when I felt I could actually die. On a car ride through bandit country. On an encounter with river pirates. One voice saying, “You’re dead,” the other voice almost giddy with the possibilities, saying, “Hey, Chris, if you make it out of this, it will be good for the book.” It wasn’t the safest voice, but it was a voice that recognized that the worst dramas sometimes make for the most interesting storytelling.

5. You were able to keep in touch with your wife and daughter during your travels, and you include several scenes with them in the book — scenes that contrast in their calmness and sweetness with the dangers and difficulties of Honduras. Were you conscious of breaking the traditional adventure narrative by including these?

It felt natural to include those scenes. When you’re walking for hours and hours a day through the jungle, it gets pretty monotonous at times, especially during those flat, open stretches, where the sun is blazing down. Your mind wanders a lot and you fixate on certain things; it’s like when you can’t get a song out of your head. The song in my head was mostly of my family back at home — what I had left behind. Chris Begley, the archaeologist who was my guide on the trip, had a slightly different metaphor for this: “When I’m down here, two movies are going on in my head: the crazy one in the jungle and the one at home, with my wife and kids.” For me, part of this was because of guilt: I was going to miss my daughter’s fourth birthday, and you only turn four once. The other part was existential: me trying to make sense of a new life as a father and husband and how that all added up. That turned the book into something more than just the search for a lost city. 6. Do you still feel a kinship with explorers like Morde? Would you ever do something like this again?

Absolutely. I understand Morde’s constant itch for travel — and that of others like him. By the time he was in his twenties, he had circled the globe many times. His life carried on like this, always in pursuit of something out there in the world. Needing travel to live. At one point, Morde tried to settle down. He married, had kids, and moved into a house in suburbia. But the settling down wasn’t exactly for him — and in part probably contributed to his early death.

The same itch that got to Morde sent me to the jungle. But we are different. Something happened out there in the rain forest. As I slogged through the jungle near the end of my trip, full of blisters, my body broken and sleep deprived and absolutely soaked, I knew that I couldn’t keep doing this sort of thing forever. I knew that there would likely be other moments in my life that the itch would get to me, telling me it was time for another adventure, and I would have to deal with that. I knew that fighting it off would be difficult. But I also knew there were good adventures in Brooklyn, too — with my young family. I didn’t want to be like Morde. At one of the lowest points in my journey, I wrote in my notebook, “Go home.” 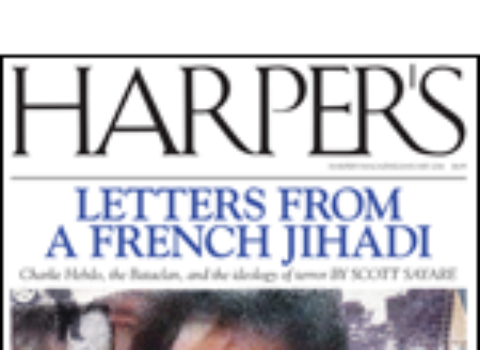