Not Everyone Can Be a 49er

How Arena Football League players fare in the NFL It is not much of an exaggeration to say that every single player in the Arena Football League aspires one day to play in the National Football League. The irony of the situation—as I learned when I was embedded with the New Orleans VooDoo—is that playing in the AFL often dooms a player’s chances of ever making the NFL.

“It can be a blemish,” admitted Scott Levine, a sports agent who represents players in both leagues. “Players in the Arena league can’t run at one hundred percent, because of the size of the field, and the sidewalls. NFL teams don’t always understand that. They just think a guy is slow. Or they’ll say, we’ll only consider the guy that has the best stats in the league. But the skill sets are different—there are some NFL players who wouldn’t be able to play in the Arena league, so the statistics don’t always translate.” And yet, when the NFL is not interested, Levine always advises his clients to play in the AFL.

It beats the alternative. Before they signed to the VooDoo, players I interviewed had worked, respectively, as a security guard; a beer deliveryman; and an assistant to his father, a manufacturer of prosthetic limbs.

Nobody on the VooDoo last year made an NFL roster in 2012, but a handful of players make the leap each year. Kurt Warner is the most famous former AFL player, but there are more recent, if somewhat less spectacular, examples. One is Rod Windsor, a wide receiver who, as a member of the Arizona Rattlers in 2010, was named AFL rookie of the year. For the past two seasons he has been a member of the Cleveland Browns’ practice squad; in 2011 he was activated for two games, but didn’t play.

I asked him what was the most difficult part about transitioning between the leagues. “You have to be more mature in the NFL,” he said. “You have to learn how to talk to people. You have to look nice. You can’t go out in the streets and do dumb things. You can’t have your pants hanging off your butt.”

Some of the VooDoo I interviewed complained that the Arena game’s small field prevented them from being able to show off their skills, and forced them to develop poor habits. Isaiah Trufant, who has played for the New York Jets the last three seasons, disagrees. As a defensive back for four years in the AFL—for the Rattlers, the Spokane Shock, and the Kansas City Brigade—Trufant believes he benefitted from the AFL’s peculiar rule system, which essentially forces the offense to pass almost every single play. “I got a lot of reps,” he said, “despite being a smaller back. People know that Arena is set up for the offense to have a field day, so if you have a good game as a defensive back, you’re able to show NFL guys that you can make plays in their league. The AFL can open doors. I’m living proof.”

Windsor agrees. “If I could say one thing to a player who hasn’t gotten a shot at the NFL, I would tell them to look at Arena football. It helps you more than it hurts you.”

Windsor’s contract with the Browns has expired; he is currently a free agent. I asked him whether he would ever consider returning to the AFL.

“Nobody here has given me the opportunity to show my talents on Sunday,” he said. “I never count Arena out.” 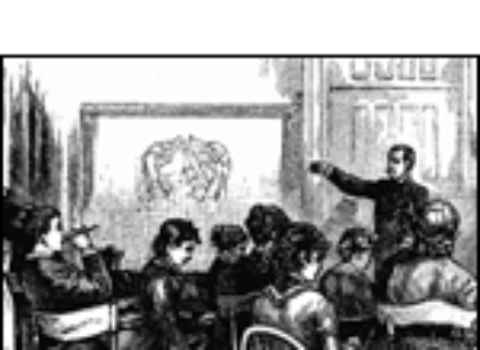 The Luckiest Woman on Earth

Going undercover with a cult infiltrator