Don Briggs (right) and state senator Robert Adley embrace at a cocktail party hosted by the Louisiana Oil and Gas Association (LOGA), one of the most influential lobby groups in the state. Briggs is the founder and president of LOGA, while Adley is a former board member of LOGA who until last year owned Pelican Gas Management. Adley sponsored the energy industry’s 2012 legacy-lawsuit legislation in the upper chamber. © Samuel James

Who took on the Standard Oil men

And whipped their ass
Just like he promised he’d do?
Ain’t no Standard Oil men gonna run this state
Gonna be run by little folks like me and you
—“Kingfish,” Randy Newman

In this month’s issue of Harper’s, I trace the oil-and-gas industry’s long history as Louisiana’s dominant political power. I traveled to the state earlier this year to report on legacy lawsuits, which have been brought by landowners against energy companies for historic contamination of properties — often from a drilling byproduct euphemistically referred to by the oil companies as “brine” — that had been leased to produce oil and gas. Since 2003, the landowners have been winning large judgments against ExxonMobil, Shell, and others, prompting the firms to lobby the state legislature, with considerable success, to restrict the suits. The Louisiana industry’s ultimate goal — one its counterpart in Mississippi has already achieved — is to move legacy cases out of the courts and have them heard by state regulators, with which the sector has had long and intimate ties.

In Baton Rouge I met with some of the state’s most powerful lobbyists, among them Don Briggs, the cantankerous but immensely likable head of the Louisiana Oil & Gas Association (trial lawyers, he told me, are “fucking with my members”), and Ginger Sawyer of the Louisiana Association of Business and Industry, who is equally amiable but known also for toughness and savvy. Briggs and Sawyer give the industry plenty of political firepower at home — he has been a ferocious opponent of government regulation, while she has helped oil companies win numerous tax breaks and exemptions.

The battles they’ve fought within the state have in turn been mirrored on the national stage, with Louisiana’s unceasingly pro-oil congressional delegation acting as de facto industry lobbyists. This dynamic has been playing out for decades, but particularly so during the 1970s and 1980s, when Louisiana politicians played key roles in winning numerous still-extant exemptions for oil companies from federal regulations imposed by Congress in response to public concern about the environment.

One example was the fight over the Resource Conservation and Recovery Act (RCRA), which empowered the EPA for the first time to regulate hazardous waste. But in the aftermath of the act’s passage in 1976, industry pressure led the agency to propose that oil and gas waste be classified in a special category of “nonhazardous wastes” that were monitored far more loosely. In 1980, Congress passed legislation that maintained the exemption, though it did direct the EPA to conduct a study on the matter. The agency didn’t begin work on the study for five years, and then only after a small non-profit, the Alaska Center for the Environment, won a lawsuit that forced it to comply. In 1988, the EPA finally issued a report to Congress that identified numerous public-health risks posed by oilfield waste — though the agency concluded that tighter regulation under RCRA was “not warranted.” A 1989 New Orleans Times-Picayune story estimated that American oil companies collectively saved $6.7 billion annually thanks to the exemption. “[This] does not make sense from an environmental perspective,” a government official said anonymously to the newspaper. “Oil interests . . . wanted the exemption. They got the exemption.”

Many politicians aided the energy industry during this period, but none more than a pair of Louisiana Democrats, John Breaux and J. Bennett Johnston. Breaux was a congressman and then a senator who in the latter capacity served as co-chair of the congressional oil-and-gas caucus and played a central role in passing legislation that promoted domestic energy production. Breaux consistently supported anti-environmental legislation, including legislation promoting road construction in national forests and cutting programs to support renewable energy.

Johnston, meanwhile, has probably had as much influence on modern American energy legislation as any other individual. He served in the Louisiana state legislature for eight years beginning in 1964, and then in the U.S. Senate from 1972 until 1997, a period that included a lengthy stretch as chairman of the Energy and Natural Resources Committee. Johnston was the key Democratic author of 1978 legislation that eliminated price ceilings on natural gas, and a chief advocate for a 1995 bill that expanded the right of companies to drill in deep water.*

Other Louisiana politicians and officials have maintained similarly porous boundaries between business and policy. After the Deepwater Horizon explosion and oil spill in the Gulf of Mexico in April 2010, Scott Angelle, then head of the Department of Natural Resources, the state agency with chief responsibility for oversight of the energy industry, founded a coalition to oppose new federal regulations. Meanwhile, Mary Landrieu was one of only four Democrats in the U.S. Senate to join with Republicans last year to preserve $24 billion in oil-industry tax breaks. This year, Republican senator David Vitter has led various attacks on the EPA, while Louisiana’s eight-member congressional delegation has, with the exception of New Orleans Democrat Cedric Richmond, aggressively supported the Keystone XL pipeline.

It’s all a long way from the days of Huey Long, who as Louisiana’s governor from 1928 to 1932 was the last state executive to truly confront oil interests. Long tapped into widespread resentment against big business, especially Standard Oil and its allies in the political establishment. “If they got to leave,” he said after Standard Oil threatened to cease operating in the state, “they can go to Hell and stay there.” The political and economic elite tried to impeach Long after he proposed a five-cent-per-barrel tax on the production of refined oil to help fund social programs, but he fought them off with the support of the poor and went on to be elected as a U.S. senator, serving for a year before being assassinated by the son-in-law of a political enemy.

Nowadays, Louisiana Republicans embrace the oil-and-gas industry on ideological grounds, while Democrats champion it as an economic driver and job creator. Their common ground on the subject was perhaps best summed up by Johnston a few years ago in an interview reflecting on his political career. “There’s some things you can do with your states, and some things you can’t,” he said. “In Louisiana . . . you got to be pro oil and gas.” 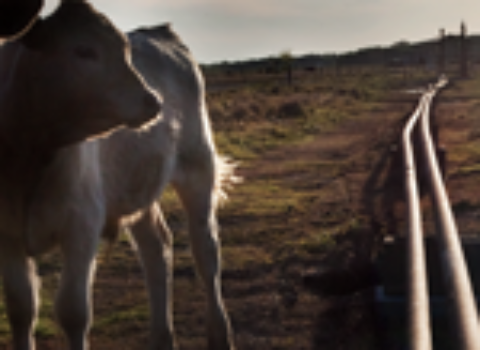 The Most Cajun Place on Earth