James Pogue hated gun culture. Having spent much of his career reporting on paramilitary groups, he especially disliked how often the “gun guys” he’d met were “small-minded or cruelly callous about the blood that guns spill, [and] evasive about the reason people actually own guns.” As Pogue points out in the April cover story of Harper’s Magazine, that reason is almost always to provide the owner with “the option to commit acts of violence.” Nevertheless, Pogue also felt that gun ownership was a right, and an American tradition, worth upholding. As he saw it, the real misfortune had to do with how completely gun culture has been monopolized by the political right—which tends to see guns as instruments of “personal security”—and with the mainstream media’s unhelpful tendency to flatten the debate into “pro-gun” and “anti-gun” positions. When Pogue went looking for leftists who felt as he did, he discovered, and had soon joined, the Socialist Rifle Association, a fast-growing group of mostly rural, working-class gun owners organizing around a new ethic of “community defense.”

In this episode of the Harper’s Podcast, James Pogue, author of Chosen Country: A Rebellion in the West, joins the web editor, Violet Lucca, to talk about his essay, “Good Guys with Guns.” After addressing some likely objections to the idea of leftist gun ownership, Pogue and Lucca discuss how the SRA is bucking the stereotype of socialism as an ideology of coastal elites; ways in which right-wing gun owners may be better prepared than liberals for society-shifting disasters like the coronavirus outbreak; the disproportionate impact current gun laws have on black Americans; and the important difference between supporting gun rights and supporting the unrestricted flow of handguns into poor neighborhoods. 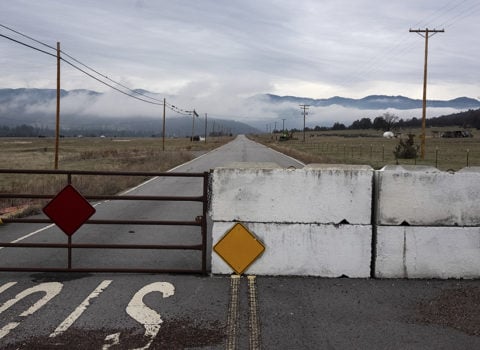 Notes on the State of Jefferson

Notes on the State of Jefferson The Art of Losing

Can Democrats win back postindustrial America?