Political organizing during a lockdown is hard if not impossible, and embattled authoritarian regimes the world over are surely breathing sighs of relief. In the United States, surging unemployment rates continue to break records, and a world-historical depression seems inevitable. Op-ed columnists everywhere from the Wall Street Journal to the Washington Post have taken the opportunity to publicly wring their hands about another impending surge of “populism”—their favored name for a tendency that is said to encompass both the rise of anti-democratic demagogues like Donald Trump and the mass appeal of the progressive Bernie Sanders. Where did this word come from, and how can it mean so many different things?

In his May cover story for Harper’s Magazine, the historian Thomas Frank tells the story of the term’s optimistic invention by members of the People’s Party of the late nineteenth century—a mass movement of farmers and factory workers who mounted what Frank calls “our country’s final serious effort at breaking the national duopoly of the Republicans and Democrats.” While the Populist movement is seldom remembered today, Frank’s excavation of the era’s anti-Populist rhetoric shows that the hatred and fear that class-based politics inspired—even including some specific insults—have never really gone away.

In this episode, web editor Violet Lucca speaks with Thomas Frank—author of Listen, Liberal and What’s the Matter with Kansas?—about the roots of his interest in Populism; the undeniable charm and pernicious wrongness of Richard Hofstadter; what to do with the momentum of the Sanders campaign; and the research that went into Frank’s new book, The People, No: A Brief History of Anti-Populism, soon to be available from Metropolitan Books.

The Man Who Loved Presidents

Thomas Frank on The Soul of America Read More 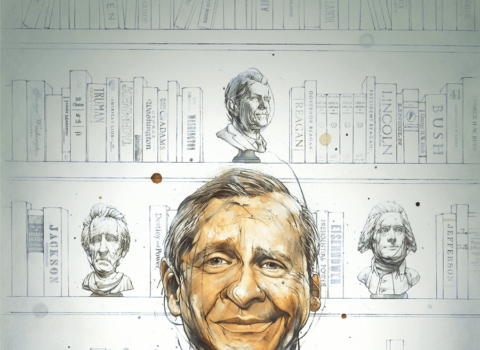 The Man Who Loved Presidents And its eternal war on reform