The Dying Industry, by Anne Fadiman
August 2021 Issue [From the Archive]

The Hemlock Quarterly, an unassuming little newsletter that until recently was the chief perquisite of membership in the Hemlock Society, may have been the only radical publication in the United States whose subscriber rolls were dominated by affluent white women with gray hair. I’ve met many of these women, and I can attest that they were the sort of community-minded grandmothers who never littered, never stole anyone’s parking place, and always returned their library books on time. With the help of the Quarterly, these model citizens laid down a store of knowledge that would enable them, if they so chose, to commit one or several felonies, from smuggling drugs over the U.S. border to aiding and abetting a suicide. Most of them, of course, subscribed to the newsletter in order to prepare for the perfectly legal expedient of killing themselves.

The Hemlock Society’s first conference was held in the spring of 1983 in a drafty Unitarian church on the outskirts of downtown San Francisco. The right-to-die movement was still young and pure. I was one of only two journalists present. The sound of rain against the stained-glass windows contributed to the atmosphere of reverent sobriety. I had expected a cell of wide-eyed sansculottes and had found, instead, a genteel sorority of senior citizens. I was sure they would never let their movement go anywhere untoward. In fact, I wondered if they had the chutzpah to let it go much of anywhere at all.

That night, however, I lay on my motel bed and idly scanned a copy of the Hemlock Quarterly that I had picked up on my way out of the church. It was printed on cheap, uncoated, canary-yellow paper—an “up” color, as Hemlock’s founder, Derek Humphry, explained to me later, “because although we support self-deliverance, we don’t want to seem a death-and-doom type of an organization.” Its logo was the Rx symbol superimposed over a hemlock plant. Though it looked like something that might be published by a particularly unsophisticated PTA, I knew before I had reached the second page that I had found the true cradle of the revolution. The Hemlock Society was launched in Los Angeles in the summer of 1980 by Humphry, a British journalist who had helped his terminally ill first wife take her own life, and Ann Wickett, Humphry’s second wife, an American academic. The name was Wickett’s idea. She and Humphry agreed it had a noble Socratic ring, although they did not recommend hemlock as a suicide method, since it can cause painful convulsions.

In addition to covering news, the Quarterly reviewed books and movies with suicidal themes, and ran obituaries of prominent suicides, noting with pride if the deceased had used a Hemlock-approved method of self-deliverance. The magazine ran no legal risks by telling its readers how not to commit suicide, so its editors filled many pages with methodological caveats. Because “most Hemlock members are gentle, civilized people and would not wish their loved ones to witness their bodies mutilated by gunfire,” firearms were out. Hara-kiri was also advised against. The magazine offered Hemlock videos for $20 (“ideal to show friends”); good life, good death posters for $6 (“a striking wall decoration”); and publications (“Why not give some of Hemlock’s books as Christmas presents this year?”).

The letters section allowed readers to share cheerful stories about family members who had made their exits after drinking champagne, eating blueberry yogurt, listening to favorite pieces of classical music, or in the case of the mother of J.R., of Canada, reciting the Twenty-third Psalm before she took a dose of barbiturates and was asphyxiated by a plastic bag her daughter had secured with a silk scarf. “On occasion,” noted J.R., “I still wear that same silk scarf, with pride.”

From “Death News,” which appeared in the April 1994 issue of Harper’s Magazine. 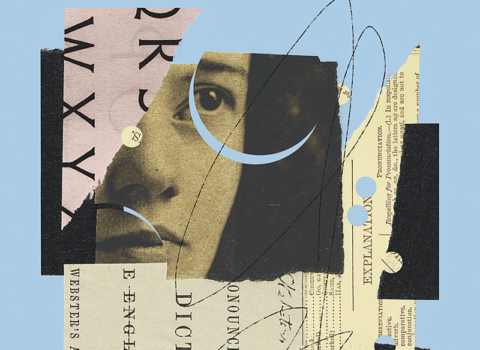 How I learned to live with the singular they

Requiem for the Hemlock Quarterly