On the life-drawings of an American literary master Self-portrait, from the October 1976 issue of Harper’s Magazine.

Last Thursday — January 10, 2013 — news came that one of the most singular careers in American letters had reached its last full stop. Evan S. Connell was found in his Santa Fe apartment, dead at the age of 88. He died alone, attended, one presumes, by the “cracked Old Mexican pots and mutilated statuettes” he collected — which is also how he lived and how he wrote: apart from his contemporaries, in the company of antiquities, as if he did not entirely belong to his time.

He twice traveled solo around the globe. In his writing, he roamed across continents but also across centuries. Time — its obliterating passage — was his great subject. It’s there at the very beginning, in the title story of the first book, The Anatomy Lesson and Other Stories, published in 1957, when Connell was thirty-three. The art professor who delivers the eponymous anatomy lesson shows his students a Rembrandt portrait of a young woman: “He told them that some afternoon they would glance up by chance and see her; then they would know the meaning of Time — what it could destroy, what it could not.” We hear that note again in Connell’s debut novel, Mrs. Bridge, published in 1959. In chapter forty-nine, titled “The Clock,” the novel’s heroine seeks refuge in a stasis she mistakes for permanence: “Time did not move. The home, the city, the nation, life itself was eternal; still she had a foreboding that one day, without warning and without pity, all the dear, important things would be destroyed.” We hear the note again four decades later, in the epigraph of Deus lo Volt!, Connell’s chronicle of the Crusades, published in 2000: “?‘?The stream of Time, inexorable, constant,’ wrote the Byzantine princess Anna Comnena, ‘removes from our sight all things that are born, and carries into the night deeds of little account, deeds worthy of notice.’?”

Although Connell innovated audaciously with prose forms, he did so in order to renew rather than resist the realist tradition. He remained devoted to Rembrandt, and in all of his wildly various books, he practiced a kind of life-drawing. Witness Mrs. Bridge. Asked about the novel’s unconventional, mosaic structure, he once said: “I had tried a traditional narrative, but found that this story, as is true with most of our lives, had no dramatic climax. Mrs. Bridge’s life was one incident after another. There was not one great, explosive event, so I had to break it down into smaller moments.” These moments are related to one another, but not, as the events in a narrative usually are, by cause and effect, and unlike most heroines, Mrs. Bridge does not develop as a character. Instead, what changes — deepens, complicates, accumulates pathos and meaning — is Connell’s portrait of her.

Connell could be a merciless social critic, though he preferred the X-Acto knife of the ironist to the well-ground axe, and in his best work he combines irony with pity, often swerving without warning between the two. Early in Mrs. Bridge, many of the miniature chapters end with a punch line at the heroine’s expense. As time passes, however, the jokes become less comic, more tragic; satire gives way to quiet desperation, which exhausts itself into elegy. In the penultimate chapter, ironically titled “Remembrance of Things Past,” with Mr. Bridge dead and the children gone, what Mrs. Bridge forebode has come to pass. The “dear, important things” have been lost, and she searches and searches for them in vain in the family photo album, which presents a kind of counter-narrative to the album of moments Connell has assembled. (Kodak moments are not Rembrandt moments.) Snapshots of family vacations and birthday parties offer her a vision of a vanished past — a vision wishful and unreal.

Midway through his career, Connell turned from fiction to fact. Out of details he’d scavenged in archives, he did for historical figures — explorers, alchemists, pilgrims, crusaders — what he’d done for Mrs. Bridge. In the title piece of The Aztec Treasure House, his collected essays, he describes an Olmec statuette. I quoted that description in a review I wrote for the December 2001 issue of Harper’s. I’ll quote it again here. “There can be no doubt that this was a person,” he writes,

not a symbol of humanity but a representative of it who lived in the area at that time, who sat cross-legged in the shade of a tree or in some thatched-roof hut while one of his neighbors manipulated the dark clay with a little stick, paused to stare, and tried again and then again in order to get the mouth just right, and the thrust of the nose, and the contour of the cheek, all for the sake of true expression.

The Aztec Treasure House is a cabinet of wonders, but Connell’s nonfiction masterpiece, the book that along with Mrs. Bridge is likeliest to last, is Son of the Morning Star, an epic narrative history of the Battle of Little Bighorn. It’s hard to imagine a character who would have less in common with the cavalry officers and Sioux warriors whose portraits Connell draws in Son of the Morning Star than Mrs. Bridge. And yet both books are time capsules of sorts, narratives that rescue “deeds of little account” and “deeds worthy of notice” from the wreck of time.

Connell’s least classifiable books, written as he was making the transition from fiction to fact, take the form of notes collected by a prophetic, time-traveling wanderer. There are two of them, published a decade apart, Notes from a Bottle Found at the Beach at Carmel and Points for a Compass Rose. Annie Dillard reviewed them both in one of the first pieces she published in Harper’s. “The poetry of fact” is how Dillard describes them. What she says of Connell’s time-traveling note-taker applies equally well to Connell himself. “The speaker’s ultimate role — his mission and his penance,” Dillard says, “is to exalt the suffering fragments of time and submit them to the healing glance of eternity.”

One last quote, from one of the lesser-known novels, The Connoisseur. The book’s protagonist, an insurance salesman named Muhlbach who lives in Westchester, is a recurring character in Connell’s work and something of an authorial alter ego. Like his creator, Mulbach is a collector — a connoisseur — of pre-Columbian artifacts. His connoisseurship begins on a business trip to New Mexico, when he visits an antiquarian’s shop in Taos and discovers there a little terra-cotta chieftain carved by some Mayan sculptor centuries ago. The mutilated statuette casts a strange spell.

“How would it feel to be an artist,” Muhlbach wonders, “to spend one’s life observing the earth and the things that grow on it and attempting to communicate those observations? Take that little clay personage — how skillfully executed, how sensitive. How profoundly endowed with a knowledge of humanity its creator must have been.”

Annie Dillard Donovan Hohn Evan S. Connell Mrs. Bridge Notes from a Bottle Found at the Beach at Carmel Points for a Compass Rose Son of the Morning Star The Anatomy Lesson and Other Stories The Aztec Treasure House The Connoisseur 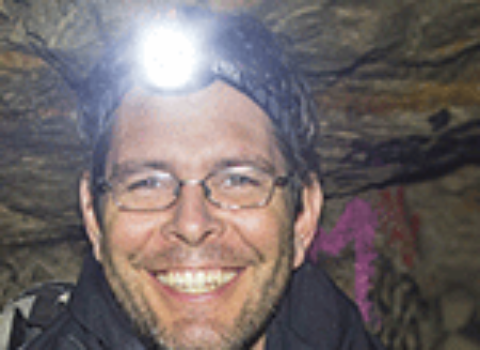 Matt Power: Headlamp a Must

“January 1998. In the windowless office shared by the Harper’s interns, I meet this hippie dude from Vermont: ponytail, spectacles of the sort favored by engineering students, lumberjack shirt.”  Read…

Can Madison Avenue make us love our government?

Tom Bissell is the author, most recently, of Extra Lives: Why Video Games Matter, just out from Pantheon. His most recent article for Harper’s Magazine, “Cinema Crudité: The Mysterious Appeal…