On Meeting Our Meat 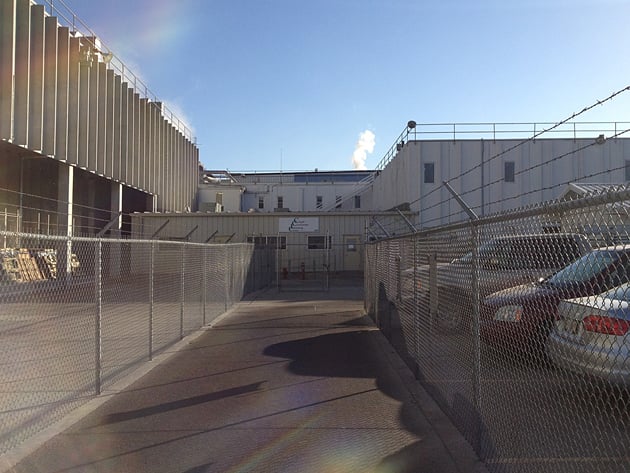 I eat meat. Always have. I’ve tried a couple of times to stop, but have never done more than cut back: I miss it too much.

Given its intimate connection to my body and my health, I’m interested in how meat is made. This seems natural enough in an age in which farmers and feedlots and meat companies fill animals with hormones and antibiotics, and grow animals in factories in order to maximize production.

But the producers of meat apparently worry that if we know how it’s made we’ll eat less of it. They make it all but impossible for journalists and members of the general public to visit production facilities, be they poultry plants, pork factories, or beef slaughterhouses. Animal-rights groups, dissatisfied with this secrecy, have made it their business to send operatives inside with hidden cameras, to devastating effect.

So I decided to find work in a beef slaughterhouse, an experience I write about in this month’s issue of Harper’s Magazine. Before I set out, I touched base with the Humane Society of the United States, PETA, and Mercy for Animals to learn about their investigations. I asked: How did you pick the farms or plants you went to? Had you heard complaints?

In each case, the answer was that they hadn’t targeted anyplace in particular; they’d just gone where they thought they could get hired. “We have never found a facility where there wasn’t abuse,” Nathan Runkle, the founder of Mercy For Animals, told me. “Finding it is not the issue. Our challenge is just to have a camera there when it happens.”

I thought I might gain a broader view by getting a job not simply as a company line worker but as a federal meat inspector. The Food Safety Inspection Service (FSIS) of the USDA oversees live slaughter, and it hires inspectors on the basis of either experience in the industry (often factory work, including quality control) or education, specifically a four-year college degree with sufficient math and science credits. After reviewing my transcript, the FSIS said I was short some credits, so I enrolled in a distance-learning math course at the University of Illinois, completed it five months later (B+!), and reapplied.

During the two years I waited to get a job, I watched with growing alarm the rise of so-called ag-gag laws. This class of laws, promoted by agribusiness in farm states, criminalizes the unauthorized recording of video or photographs inside a production facility. Their passage (in six states so far, with seven others considering them) has been accompanied by rhetoric denouncing the terrorism of  “extremist vegans” who would destroy the industry. In other words, in lieu of cleaning its house, the meat industry has elected to kill the messenger. The author in a locker room at the Cargill beef-processing plant in Schuyler, Nebraska.

Though recording video was not my goal, I was nevertheless concerned as a writer. Some of the laws go beyond video and photography: proposed legislation in Arkansas would have made it illegal for anyone but law-enforcement personnel to “collect evidence into alleged claims of criminal conduct involving an animal.” (Whether such laws would be constitutional or enforceable remains to be seen.)

Nebraska, where I was finally hired in October 2012, is considering an ag-gag law but has not yet passed one, so my research was unaffected. But what about the next journalist? What about the next activist? With the underlying problems at slaughterhouses left unaddressed, undercover investigations won’t stop, which means that before long some idealistic person will be charged with a felony and become a martyr to the cause of safe, humanely produced food. And that should very much focus meat-eating Americans on the question of what’s so wrong with our food that the industry would promote draconian laws to keep its practices hidden from view.

Ted Conoveris the author of The Routes of Man, Newjack, and Coyotes, among other books. He is Distinguished Writer in Residence at New York University's Arthur L. Carter Journalism Institute.