[Context] How to Make Your Own AR-15, by Dan Baum | Harper's Magazine
[Context]

A gunman kills 49 people with an AR-15 assault rifle at an Orlando nightclub; Dan Baum investigates whether gun-control laws could ever stop the weapon from proliferating

Published in the June 2013 issue of Harper’s Magazine, “How to Make Your Own AR-15,” examines how the rifle’s particular design makes it nearly impossible for lawmakers to ban. Read the full article here. Subscribe to Harper’s for instant access to our entire 166-year archive.

From a New York Times report, published June 12, 2016, on a mass shooting at a gay nightclub in Orlando.

A man who called 911 to proclaim allegiance to the Islamic State terrorist group, and who had been investigated in the past for possible terrorist ties, stormed a gay nightclub here Sunday morning, wielding an assault rifle and a pistol, and carried out the worst mass shooting in United States history, leaving 50 people dead and 53 wounded.

The AR-15 is semiautomatic, meaning that, unlike a machine gun, it fires only one round with every pull of the trigger. (AR is short for ArmaLite, the company that first developed the weapon, not, as many assume, “automatic rifle” or “assault rifle”; the AR-15 is not a true assault rifle because it cannot fire continuously.) Part of the reason the gun is so popular is that it is modular; using only the tip of one of its bullets, you can snap it apart into a dozen pieces, including barrel, stock, bolt, and buttstock. AR-15 owners affectionately call it “Lego for grown-ups.” Shooters endlessly transform their rifles by swapping out components — a new chrome-lined barrel, a more ergonomic tactical grip, a carbon-fiber forward hand guard, laser sights — even to the extent of changing the gun’s caliber.

The only one of the AR-15’s many parts that carries a serial number is the lower receiver, a flat, hollow box a little smaller than a VHS tape. The trigger mechanism fits inside, and everything else attaches to the outside. No ammunition passes through it. Because the lower receiver alone is stamped with a serial number, it is the only part that is considered a firearm under the law and the only part of the weapon whose purchase is subject to background checks and other gun regulations. Everything else that makes the AR-15 a gun — the barrel, grip, stock, magazine, trigger, bolt assembly, and more — can be bought and shipped through the mail without any need for paperwork or government approval. Once a shooter has a single lower receiver, he can build himself an almost infinite variety of guns without anyone knowing exactly what he’s got. The paper record at the gun store where he acquired the rifle might say he bought a .223-caliber AR-15, but that means nothing; he might since have changed it to any of about thirty calibers — or even to a shotgun or a crossbow — and he might be changing it every other week. In the six states that require AR-15s to be registered, records concerning the configuration of the guns in circulation are guesses.

The market for the AR-15 is enormously lucrative. There’s always some new accessory to buy, and a gigantic components industry exists to feed the desire. (Another nickname for the rifle is “Barbie for men.”) The AR-15 is popular for the same reason the latest iPhone is popular: it’s the most advanced technology in its field. At a firearms-industry trade show in Las Vegas in January, which filled more exhibition halls than I was able to visit in two days, about two thirds of the booths sold parts and accessories for the AR-15. Visit a rifle range, and it’s pretty much the only gun you’ll see people shoot. Although it’s often portrayed as something that only a mass killer could possibly want, it is practically the whole gun business — a favorite among hunters, sport shooters, and for home defense. One in five guns sold in America last year (and more than half of all rifles) was an AR-15. To the common post–Sandy Hook question “Who needs a gun like that?” millions of AR-15 owners reply, “Everybody.” 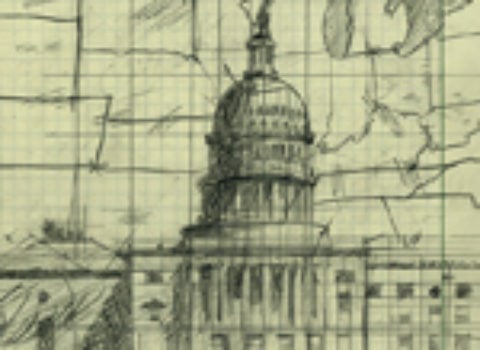 On Gun Control and the Great American Debate Over Individualism

The firearm as emblem of personal sovereignty