Marine Le Pen in the age of Trump

In France last week, newspapers fretted, “Will Marine Le Pen Be the French Donald Trump?” Le Pen—who for years, as head of the far-right National Front party (F.N.), has based her platform on populist nationalism—had seemed genuinely surprised by Brexit in June. For this stunner, her camp was better prepared. Le Pen made sure to be one of the first foreign dignitaries to salute the American victor. “Congratulations to the new president of the United States Donald Trump, and to the free American people!” she tweeted early Wednesday morning, before Trump had technically clinched the win. Her surrogates were ready with messages intended to build momentum from his success. “95% of the US media campaigned against Trump,” an F.N. mayor in northern France tweeted, adding, “Remind you of anyone?” Le Pen’s partner, Louis Aliot, who is an F.N. vice president, pitched the news in historical and revolutionary terms: “This upending will take place on a ninth of November, the anniversary of the fall of the Berlin wall!” And Florian Philippot, another F.N. vice president and Le Pen’s top strategist, went viral: “Their world is collapsing. Ours is being built.” By Sunday morning, when Le Pen gave an interview on the BBC, the slogan had solidified. “Clearly,” she said, “Donald Trump’s victory is an additional stone in the building of a new world, destined to replace the old one.”

When I interviewed Marine Le Pen almost exactly a year ago, it was a week after the November 13 attacks in Paris. Her party had suddenly found itself granted some credibility, as President François Hollande’s administration began co-opting a number of F.N. proposals for combating terrorism. “All these events signify that they’ve realized that the National Front is a great political force now, one that is totally inescapable,” Le Pen told me at the time. “They will no longer be able to treat us as a fringe movement.” She spoke with an overconfidence that suggested well-practiced propaganda, and I’m certain that not even Le Pen herself believed how quickly voters—first in the U.K., and then in the U.S.—would help make her case for legitimacy. (Le Pen, a much cannier politician than Trump, never endorsed him outright during the campaign, saying only, “I would vote for anyone before Clinton.”) Philippot quipped to me that members of the F.N. weren’t psychic, they had simply studied their positions carefully—on the damages of globalization and free trade, the instability that open borders and immigration would usher in—and the French people were taking note. “When I speak with our opponents about real problems, I don’t get a response,” he told me last winter. “They insult us, but they don’t respond. That’s because they no longer have the ability to debate us on the substance.”

Le Pen, who took over as the head of the F.N. from her father, Jean-Marie, in 2011, won almost 18 percent of the vote when she ran as a first-time presidential candidate a year later. The party has since broadened its reach—under Marine’s leadership, the F.N. has picked up eleven mayorships and tripled its representation in regional councils, partly through her efforts to “dédiabolise,” or make the party appear more moderate—and she is expected to advance to the runoff in the presidential election that will be held next spring. But Le Pen has still been considered incapable of garnering the majority needed to win. Although she has tried to distance herself from the brazenly anti-Semitic and racist rhetoric that her father promoted, her platform remains a dog whistle to the vehemently anti-immigrant and anti-Muslim, who have always formed the F.N.’s base. Now, however, the election of Trump makes her ascendancy imaginable. “It allows her to say, ‘Look, my ideas are spreading around the world. Trump won this big victory in a big democracy—we can too,’” Nonna Mayer, a political scientist at Sciences Po, told me. Mayer has been studying the F.N.’s electorate and rhetoric for decades. She also noted that, like Trump, Le Pen gains strength from claiming to be an outsider. “The left and the right have been in office and even governed together in France—they are worn out,” she said. “Le Pen can say, ‘You’ve tried them both and they did nothing for you. Try us.’”

Resentment toward career politicians is potent and perhaps even more deeply rooted in France than it is in the United States. Functionaries are a class defined and regulated by laws of the state, i.e., themselves. Only 8 percent of French citizens say they trust political parties, and 88 percent believe the political class doesn’t care about people like them. “I can feel so much anger in the country,” Vincent Martigny, a political scientist at the École Polytechnique who recently published a book on the discourse of French national identity, told me. “There is rejection of all sorts of traditional authority. People think establishment figures are all lying. And there is a rejection of some forms of political reality—all sorts of dodgy websites that part of the electorate believe are saying more true things than traditional media.” President Hollande’s Socialist government is the most unpopular administration of the postwar era; one columnist recently joked about sending Hollande to “prison for mediocrity.” Among the mainstream-right party, Les Républicains, the lineup for the presidential election opens like a high-school yearbook of the establishment: Alain Juppé, a former Prime Minister and current mayor of Bordeaux, is expected to win the primary. He is seen as a moderate and a unifier—the likely next president—and has been in politics for several decades, yet he presents himself as a new figure, especially to young voters who don’t recall his time in national government during the Nineties. (“It’s mad but true,” Martigny said.) In the last few days, Juppé’s challenger François Fillon, another former Prime Minister, has climbed in the polls. And on Wednesday, Emmanuel Macron, a thirty-eight-year-old former economy minister, announced his candidacy as an independent; while he offers a young, modernizing, and optimistic voice, he will have a hard time distancing himself from his classically establishment background. Juppé’s main competitor is the former president Nicolas Sarkozy, who has been running such a stridently nationalist campaign that Jean-Marie Le Pen recently declared him to the right of his daughter.

Martigny observed that Trump’s victory could, hypothetically, drive the French to seek balance and stability in Juppé. But taken together, Trump and Brexit herald “the assertion of strong powers like Russia,” he told La Croix, a French newspaper. The message received by the French may be: “The world is harsh and requires, in response, someone who is capable of confronting these powers,” he explained. “Not a naïf.” When we spoke, Martigny said that the same logic could benefit Sarkozy, “someone to talk to Trump, Putin, or Erdo?an.” And this is a moment for fervor. “When Sarkozy gets out of his rallies, he’s sweating through his shirt,” he told me, and voters may decide, “okay, he’s saying dumb things, but he wants it.”

Comparing the French and American electorates is, of course, an imperfect analogy. Trump was a mainstream-party candidate; Le Pen and the F.N. are not. Trump won over voters in rural and exurban areas feeling abandoned by government elites and, Martigny pointed out, though this has been the mood in France for a long time, the F.N. hasn’t managed to seize power on the national level. The party has taken over several towns in northern France—such as Hayange and Hénin-Beaumont, which I visited last year, where mining and manufacturing industries have been hollowed out—and in the south, where the party’s traditional base is. But those victories remain few in number.

It’s too early to offer serious predictions of what will happen, especially since we have learned to be skeptical of polls. French pollsters are concerned about how a surging far-right, along with the introduction of open primaries for Les Républicains this year, will affect their accuracy. For the moment it seems that a Sarkozy-Le Pen face-off in the présidentielle might be the only scenario in which she could prevail—and by default, as many left-leaning and moderate voters would almost certainly choose to stay home. If Juppé wins, his calm appeal may abet much fiercer currents building beneath the surface of the French right and within the F.N.—Marine Le Pen is seen by some in her party as too moderate, and they prefer her niece, Marion, a darling of Steve Bannon. Bannon’s Breitbart—he remains its executive chairman while he begins to serve as Trump’s chief strategist—has just announced plans to expand into France; this week, Marion is in Moscow for a meet-and-greet with Russian officials. “So, this is a Europe-wide revolution?” the BBC interviewer asked Marine on Sunday. Le Pen shook her head and gave a faint smile. “It’s a global revolution.”

The paramilitary fighters training to keep Russia out of the Baltics 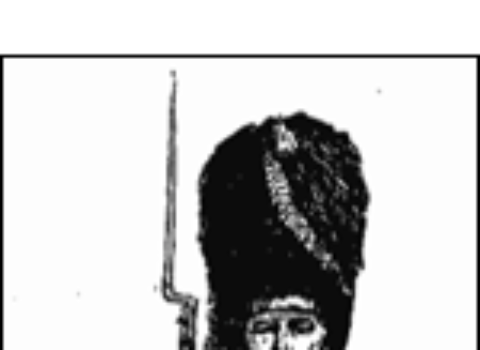 "France's efforts to expand and enshrine the emergency laws in the constitution have created a sense that the legal framework of the French Republic, and all that it stands for, is under threat."