No Time But the Present, by Alan Jacobs
October 2020 Issue [Readings]

No Time But the Present

From Breaking Bread with the Dead, which was published last month by Penguin Press.

Navigating life in the internet age is a lot like doing battlefield triage. There are days we can’t even put gas in our cars without being assaulted by advertisements blared at ear-rattling volume. And so we learn to be ruthless in deciding how to deploy our attention. We only have so much of it, and often the decision of whether or not to “pay” it must be made in an instant. To avoid madness we must learn to reject appeals for our time, and reject them without hesitation or pity.

Add to this problem of information overload what the sociologist Hartmut Rosa calls “social acceleration,” the widespread belief that “the ‘tempo of life’ has increased, and with it stress, hecticness, and lack of time.” Rosa points out that our everyday experience of this acceleration has a weirdly contradictory character. On the one hand, we feel that everything is moving so fast, but we simultaneously feel trapped in our social structures and patterns of life, imprisoned, deprived of meaningful choice. Think of the college student who takes classes to prepare for a job that might not exist in a decade. To her, there doesn’t seem any escaping the need for professional self-presentation; but there also doesn’t seem to be any reliable means of knowing what form that self-presentation should take. You can’t stop playing the game, but its rules keep changing. There’s no time to think about anything other than the Now, and the not-Now increasingly takes on the character of an unwelcome and, in its otherness, even befouling imposition.

William James famously commented that “the baby, assailed by eyes, ears, nose, skin, and entrails at once, feels it all as one great blooming, buzzing confusion.” But this is the experience of everyone whose temporal bandwidth is narrowed to this instant.

What do I mean by “temporal bandwidth”? I take that phrase from one of the most infuriatingly complex and inaccessible twentieth-century novels, Thomas Pynchon’s Gravity’s Rainbow. Fortunately, you don’t have to read the novel to grasp the essential point that one of its characters makes:

“Temporal bandwidth” is the width of your present, your now. . . . The more you dwell in the past and in the future, the thicker your bandwidth, the more solid your persona. But the narrower your sense of Now, the more tenuous you are. It may get to where you’re having trouble remembering what you were doing five minutes ago.

Increasing our temporal bandwidth helps us address the condition of frenetic standstill by slowing us down and at the same time giving us more freedom of movement. It is a balm for agitated souls.

The German sociologist Gerd-Günter Voss outlined the development, over many centuries, of three forms of the “conduct of life.” The first is the traditional: in this model your life takes the form that the lives of people in your culture and class have always taken, at least for as long as anyone remembers. The key values in the traditional conduct of life are “security and regularity.” The second model is the strategic: people who follow this model have clear goals in mind (first, to get into an elite university; later, to become a radiologist or own their own company or retire at fifty) and form a detailed strategic plan to achieve those goals. But, Voss suggests, those two models, while still present in various parts of the world, are increasingly being displaced by a third model for the conduct of life: the situational.

The situational model has arisen in recent social orders that are unprecedentedly dynamic and fluid. People are less likely to plan to be radiologists when they hear that radiologists may be replaced by computers. They are less likely to plan to own a company when whatever business they’re inclined toward may not exist in a decade, or may undergo some kind of transformation we can’t anticipate. They are less likely to plan to have children when they don’t know what kind of world (in terms of climate as well as society and technology) they will be raising those children in. They might not even want to plan to have dinner with a friend a week from Friday, because who knows what better options might turn up between now and then?

Though the situational conduct of life is clearly distinct from the strategic model, it’s a kind of strategy all the same—a way of coping with social acceleration. But it’s also, or threatens to be, an abandonment of serious reflection on what makes life good. You end up just managing the moment. Rosa points out that there is a close relationship between these common current experiences—of social acceleration, of time being somehow out of joint, of having access only to a situational conduct of life—and anxiety and depression. The feeling of being at a “frenetic standstill” is highly characteristic of the depressed person.

I want to argue that one of the best actions we can take when faced with this paradoxical misery is to listen to the voices of those from long ago and far away—to “break bread with the dead.” And while I do not wish to suggest here that reading old books is a cure for depression, the expansion of our temporal bandwidth, to which reading old books can make a vital contribution, just might be a hedge against depressive inclinations and might provide a port, for however brief a time, in the storm.

Because when the storm—the storm that carries what Rudyard Kipling called the “wind-borne Gods of the Market Place,” the gods who push us about but are themselves pushed by still greater forces that they don’t control—blows the fragile dinghy of your self across the great sea, one day you’ll wake up and wonder how you ended up where you are, where you never wanted to be, where you’d rather not be. No, you’ll think, the purely situational is no way to live. You can’t make a virtue out of that necessity, no matter how quickly things change, because those currents will always be more agile than you are, and more purposeful too. (There are many, many people paid very well to write the code that determines what your situations will be and how you will respond to them. They are highly placed among the Gods of the Market Place.)

To read old books is not simply to escape our current condition of frenetic standstill, the torrent of data and demand managed moment by moment (though, to my mind, occasional escape is not a bad thing). Rather, it’s a kind of judicious stepping back, the taking of a few deep breaths before plunging back in. An opportunity for reflection, a reminder that there are, to borrow a phrase from Truman Capote, “other voices, other rooms”: people with concerns and hopes and fears quite different from ours, but nevertheless recognizable, just as human as ours are. In encountering the past, we decenter ourselves, if only, inevitably, to resume center stage again. But now perhaps with a better understanding.

I am aware that arguing for the books of the past is a hard sell. But I want to suggest that you can’t understand the place and time you’re in through immersion; the opposite is true. You have to step out and away and back and forward, and you have to do it regularly. Then you come back to the here and now, and say: Ah. That’s how it is. Between Chaos and the Man

How not to become an anarchist 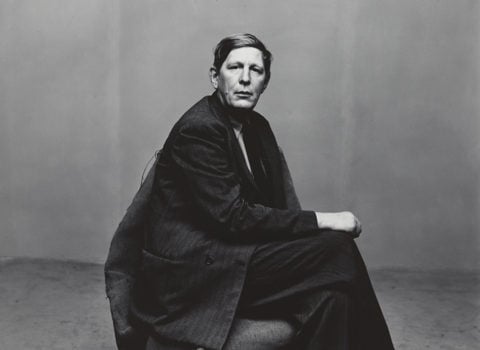 Seeing Auden in a new light Has Jonathan Franzen found the key?