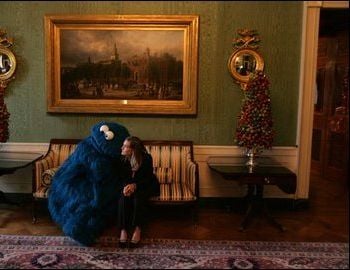 Army Spc. Charles Graner Jr. was sentenced to ten years in military prison for his role in torturing prisoners at the Abu Ghraib prison.USA TodayGraner threatened to rape prisoners and made them eat pork, and made one prisoner eat from a toilet.New York TimesimesHe insisted that he was only following orders. “There’s a war on,” he said. “Bad things happen.”USA TodayMore reports surfaced detailing torture in Iraq, this time with Navy SEALs and the CIA as the instigators, andSacramento Beethe Pentagon was considering whether to fund special, El Salvador-style Iraqi death squads.MSNBCSixty Afghans were released from GuantÃ¡namo Bay and returned home, andThe Malaysia Star detainees from other nations were released without being charged.ABCFurther allegations of torture at GuantÃ¡namo Bay were made by the FBI.The Kansas City StarIraqi insurgents were killing at least one hundred people each week, and New York Timesimesthe Bush administration announced that the hunt for weapons of mass destruction had been a total failure.APIraqi polling places were bombed, andNew York TimesimesIraqi Prime Minister Iyad Allawi announced that $2 billion would be spent to add 50,000 troops to the Iraqi army.New York TimesimesUkraine pulled its troops out of Iraq.Washington PostA soldier who sued the Army for requiring him to return to Iraq was sent back to serve another tour of duty, andArmy Timesin Mosul, a Syrian archbishop was kidnapped.New York TimesimesThe Army was planning to deploy knee-high robots equipped with machine guns to fight Iraqi insurgents, andModesto BeeOsama bin Laden was rumored to have returned to Afghanistan.USA Today

The White House continued to work towards a constitutional amendment banning same-sex marriages, andNew York Timesimesthe Supreme Court ruled that the Ku Klux Klan could adopt a highway in Missouri.ReutersA federal judge ordered Cobb County, Georgia, schools to remove from biology textbooks all stickers that question the theory of evolution.The GuardianSir David King, the Chief Scientific Advisor to the United Kingdom, was under attack by American lobbyists for saying that global warming is a problem, andThe Independenta police officer in the Philippines was accused of stealing a fellow officer’s bomb-sniffing dog, then eating it.Sun Star DavaoUnited States Special Forces teams were conducting secret missions in Iran, whereGuardianHalliburton, operating through a subsidiary in the Cayman Islands, was to start drilling for oil.ReutersIn Hempstead, New York, two legal-reform activists were detained for telling old lawyer jokes outside a courthouse, including: “Why do they bury lawyers 100 feet into the ground? Because down deep, they’re good people.” An offended lawyer had the men arrested.NewsdayRwanda said that it will attempt to try one-eighth of its population for genocide. Trials will be held in small village courts, called gacacas.The GuardianE! Television and Britain’s BSkyB announced plans to broadcast 30-minute dramatizations of Michael Jackson’s childmolestationtrial, based on the testimony from the previous day, in order to get around a ban on cameras in the courtroom.ReutersA 64-year-old webmaster sued the Tallahassee, Florida, Department of Elder Affairs for age discrimination, andTalahassee.coma New Mexico woman was sued for embezzling Girl Scout cookies.KOBTV.comThe FBI announced that Virtual Case File, an incomplete, $170 million software application intended to help agents share information, was likely to be scrapped. A British contractor was hired to define requirements for a new system.LA TimesAll 790 men in Truro, Massachusetts, were asked to submit to a DNA test so that they could prove their innocence in a three-year-old murder case.BBC NewsSatanists were upset to learn that the Regina Apostolorum, a Vatican university, was going to offer courses in Satanism and exorcism. The church, said a prominent Satanist, “has the blood of countless millions on its bejeweled fingers.”Telegraph.co.ukA man jumped from the Millau viaduct, the world’s tallest bridge, to become its first suicide, andAFPthe last reel-to-reel tape manufacturer in America went under, forcing indie rockers to hoard tapes.The Wall Street JournalNasmarried Kelis.USA TodayIn Colombia, a Black Hawk helicopter crashed while on a counter-narcotics mission, killing all twenty onboard.Washington PostA four-legged, anus-less, double-penised baby was born in Nigeria, andnews.xinhuanet.comPrince Harry, third in line to the British throne, was revealed to have gone to a party dressed as a Nazi.New York Timesimes

In India, men were calling tsunami relief help lines, offering to marry women who lost their husbands in the recent disaster. “I have no caste barriers, and my parents are very supportive of my decision,” said one caller.Times of IndiaPresident George W. Bush nominated Michael Chertoff, a former aide to John Ashcroft and former Senate Republican counsel for the Whitewater investigation,PBS to head the Department of Homeland Security.New York TimesimesThe White House was preparing for the president’s inauguration, and it was revealed that Laura Bush’s inaugural gown is an ice-blue and silver embroidered tulle V-neck dress with matching satin coat, by de la Renta; Jenna and Barbara Bush are being dressed by Lela Rose, de la Renta, Derek Lam, and Badgley Mischka. President Bush will wear a business suit.The Ledger“Not all the new clothes are in the house,” said Mrs. Bush, “but they’ve all had their last fitting.”New York TimesimesForty agencies were working together to provide security for the event.The News-HeraldThe White House refused to reimburse Washington, D.C., for inauguration expenses, which will require $11.9 million to be diverted from homeland security funds, andWashington Postit was announced that no one may carry a cross along the parade route.The News-HeraldPerformers in the inaugural parade, including marching bands, bell ringers, and Civil War reenactors, were instructed not to look directly at Bush as they pass the parade stand, nor to make any sudden moves.The News-HeraldA head, hands, two legs, and a torso were pulled from latrines in Botswana, andMMEGIBill Clinton and George W. Bush were becoming friends.MSNBCThe parents of a baby born on January 6, and officially named the 1.3 billionth citizen of China, turned down sponsorship deals from diaper makers. “Zhang Yichi is too young, and too many commercial activities will have negative impact on the boy’s healthy growth,” said Zhang Tong, the boy’s father. China DailyWomen were freezing their eggs in order to have them fertilized when it’s convenient, andNY Observerstorms ravaged California, where the resulting mud slides killed at least nine while dislodging boulders up to twenty-five feet in diameter.APHerpes struck the horses of Michigan, andSan Jose Mercury Newsan iceberg the size of Long Island was about to smash into an Antarctic glacier.NASAA Florida man, upset over hurricanes, beat a puppy with a hammer, andSt. Petersburg Timesa Floridaminister died at the pulpit. His last words were, “And when I go to heaven. . .”AP